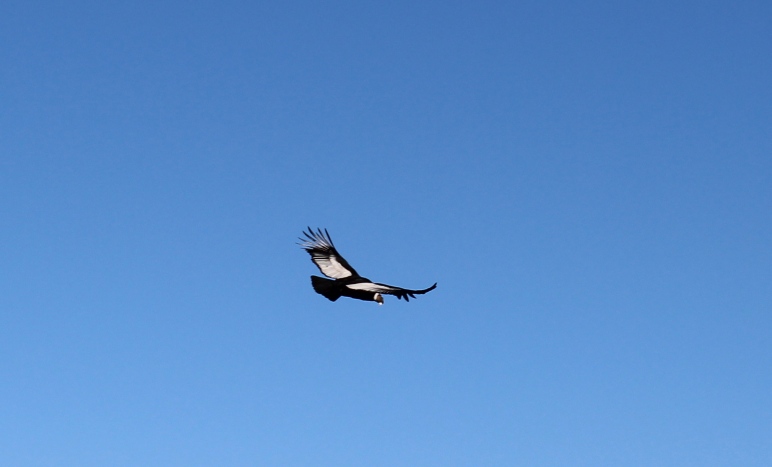 Since the bike trip, I’ve spent the last few weeks in a couple of cities and a wine town. Salta La Linda is a beautiful city in the north. It has an amazing central plaza, that amazing Argentine cafe culture that I love, and several cathedrals that resemble wedding cakes to me. There is a museum that displays high quality Incan ceremonial items along with three mummified children who were discovered as sacrifices on a nearby mountain. It was very sobering to learn about this culture and temper judgment in light of respect for their deep beliefs, but also for life itself. Salta was especially lovely for me because of the company I kept. I met some guys at the hostel who took me under their wing as a Spanish student and also shared with me a night out clubbing, a Sunday asado, and a climb up Cerro San Bernardo. The best news though was that my good friend Pablo who lives in Denver, but is originally from Argentina, was down here for work. It was incredible to see a familiar face and hang out for a few days. 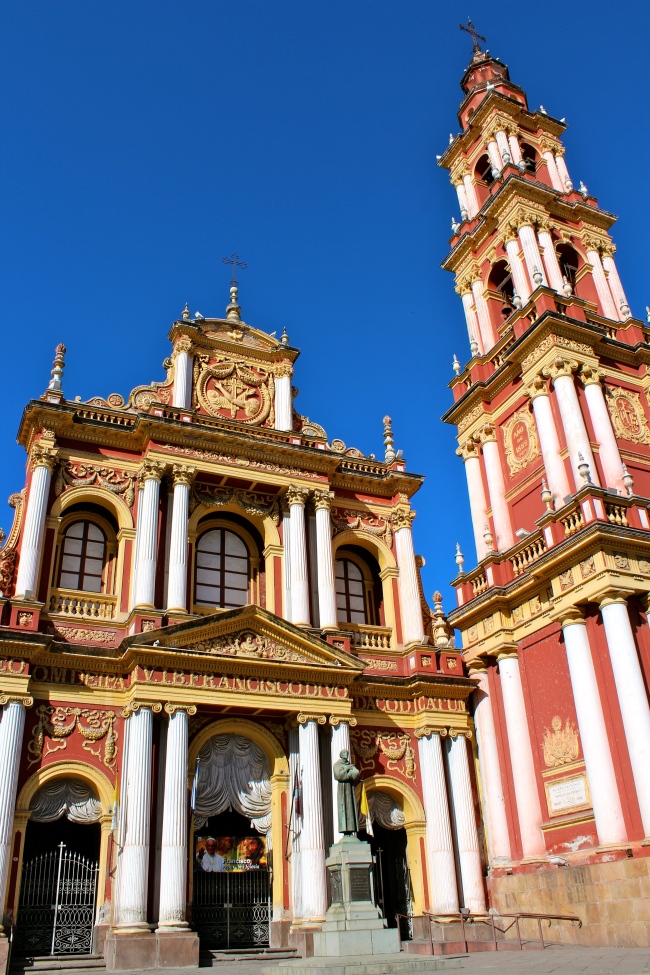 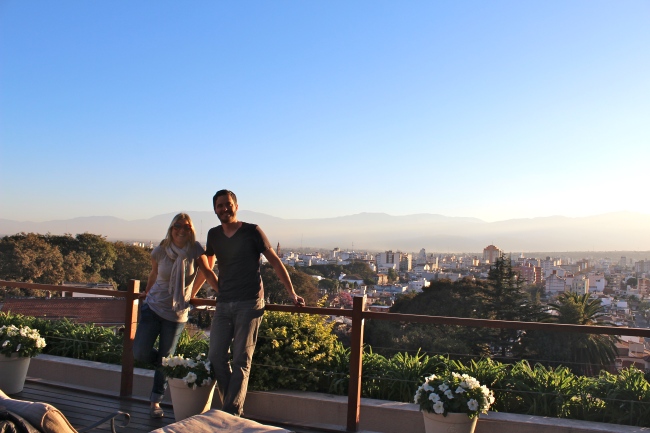 Cafayate is the wine gem of the north, known for Torrontes the white equivalent of Malbec for Argentina. I can’t imagine how beautiful it is in the summer and fall with full vines against the beautiful mountain back drop. As always, I enjoyed tasting wines, but also entertained myself with seeing some cave paintings thought to be a thousand years old, and spending the day cycling through the nearby gorge that has outstanding red rock formations and endless views. Call it an addiction, but biking is such a beautiful way to see things and I love it! 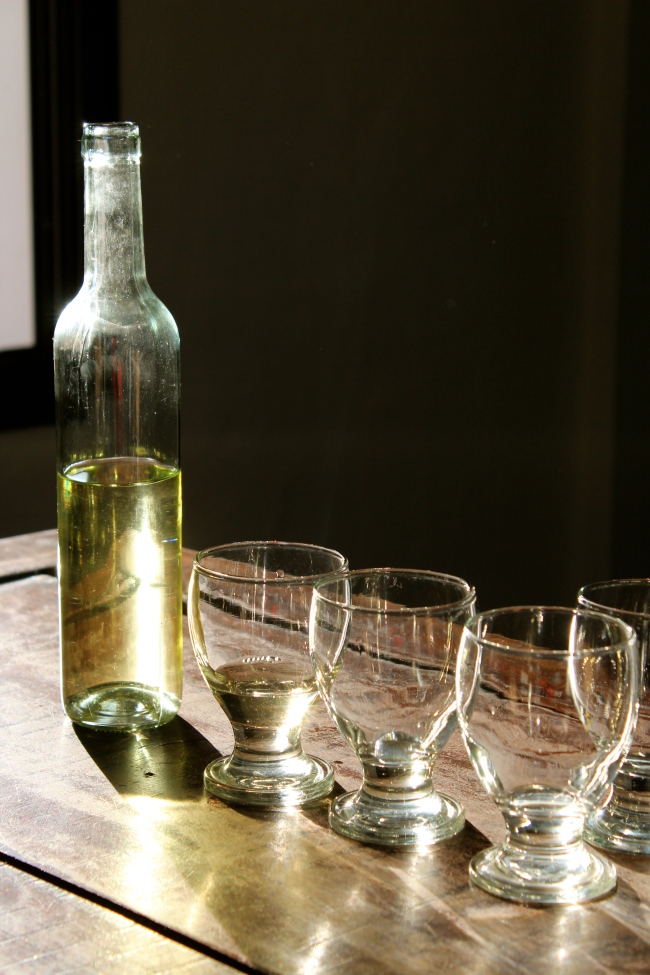 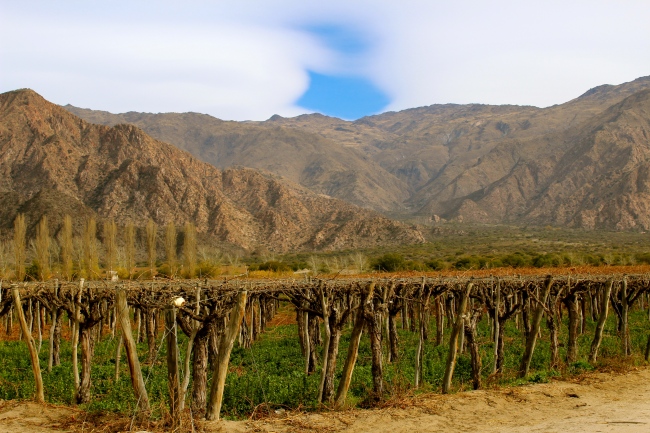 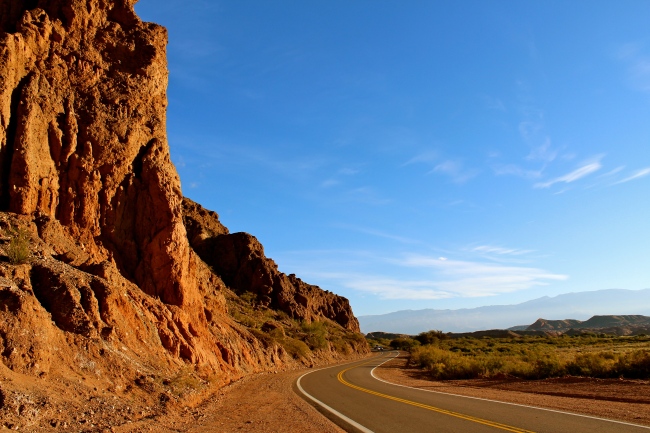 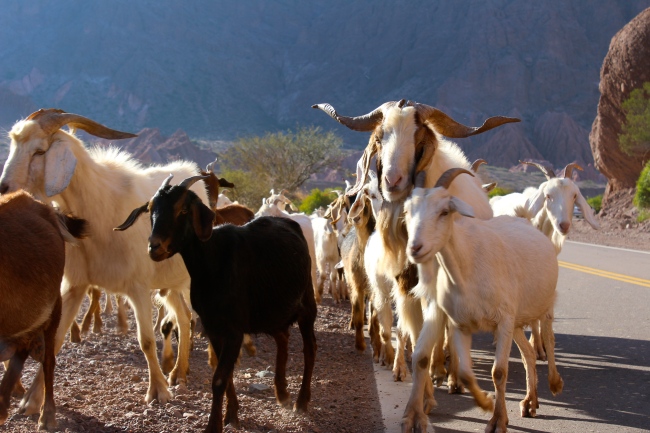 I then arrived in Córdoba, the second largest city in the country, closer to the middle…kind of between Buenos Aires and Mendoza. At first glance it was overwhelming to me, so I went for runs in the park and wandered around until I found its charms. This city has a strong Jesuit influence, which is seen in the many cathedrals and beautiful architecture lurking on the bustling city streets. I also found this wonderful district of antique shops and cafes tucked down alleys off the street that are super cool and atmospheric. It’s a university town and you can feel the young, hip vibe everywhere. There are many places to visit nearby in the hills as well, including a town that many people believe is an epicenter for UFO visits and spiritual energy and a canyon where condors are known to teach their young to fly. 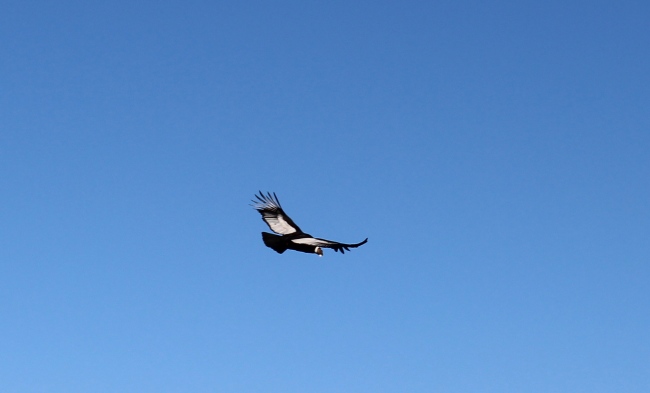 It has been wonderful to be back in Argentina, and I am sure I will love returning to it again, just as soon as I get back from the Peruvian Amazon where I am now headed for the next 33 days! I will be deep in the rain forest living in a permaculture environment with regular yoga, meditation, rituals with indigenous shamans, among other things. I’m wildly excited for this opportunity. Stay tuned!