I spent much of last year trying to think my way through things and figure them out, and not enough time paying attention to the feel of things and going with the flow. I’m trying to act on that learning this year. Such was it that when coming back to Argentina, I had a decision to make about where to go for 3 weeks until my visitors arrived. It was the only 3 weeks of alone time I would get between mid-November and early March, so it felt important. The obvious was to go back to Mendoza where I have been living. It was over 100 degrees there and I was craving to be more directly in nature and so I headed back to Bariloche in Patagonia instead. 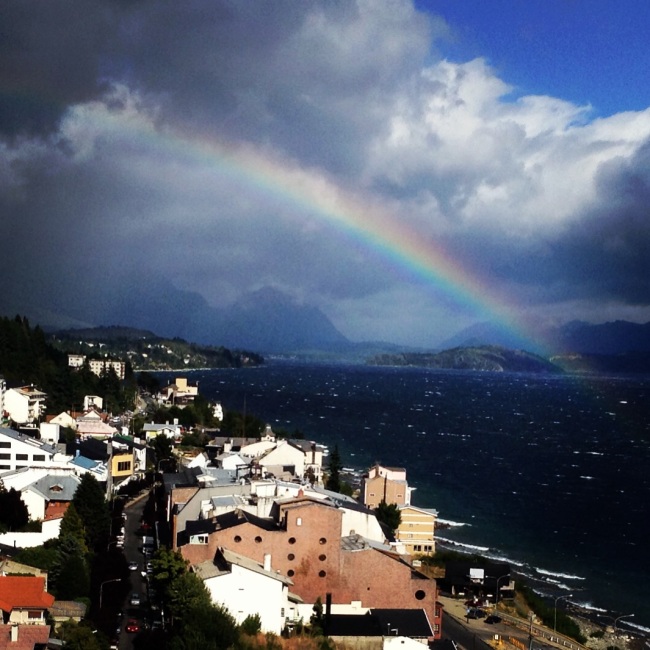 On my 21 hour bus ride, I ended up sharing mate and talking in Spanish for hours to the very sweet Argentine, Lucho, who was next to me and on his way to Bariloche for holidays, to meet up with his best friends. I ended up spending the next several days with the three of them. They would pick me up at my hostel and tell me where we were going for the day. This was the best Spanish practice I have had, along with local immersion with these extremely creative, genuine, affectionate, generous people. 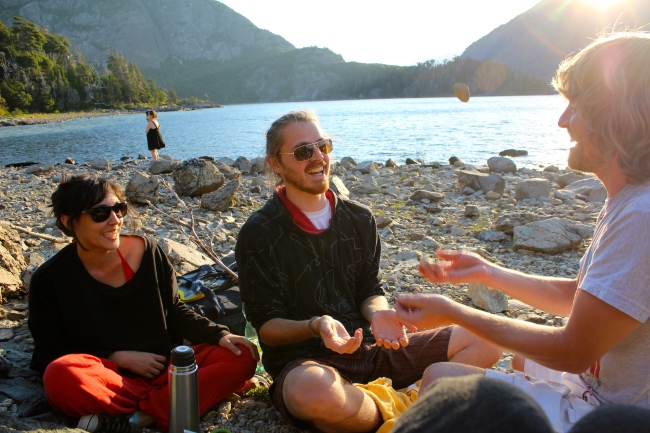 This was the best welcome back ever as it reminded me of the things that I have really fallen in love with here in Argentina. I have met so many very kind and welcoming people, and once again I love all the kisses when greeting each other and again when saying goodbye. Life these few days was filled with everything tranquilo, chilled out, and very much going with the flow. We spent a day lakeside that felt like it would never end, which was fine with me. A picnic and mate, card games, snorkeling. Sebastian made some cool, impromptu arte en vivo, while the rest of us took a siesta. Lucho set some rocks out on a sunken log and it became a game of  trying to knock them off by skipping rocks…simple, creative fun When the sun was low enough in the sky and the shade was cool, we packed up to leave. 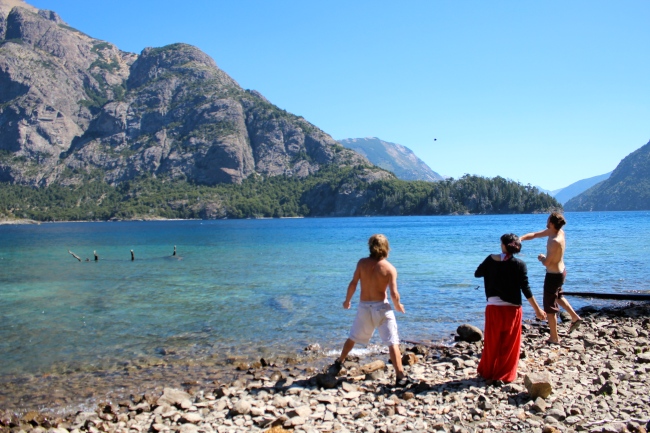 We came to another beach that was still sunny and unpacked everything to chill out longer. Juggling, head stands, photography, more mate. This sounds so simple, but I remember feeling so clearly that we wouldn’t do that in the States. When it’s time to go, it is time to go and we’d probably be thinking about how late it is getting and our plans for a bbq or just the rushed, anxiety feeling of “we’ve been here all day, time to move on.” That may be a generalization, but it struck me how much this day felt like a quintessential example of living in the present moment. Nothing was discussed, we just stepped into the sun and it became obvious that we’d stay and bask in it. 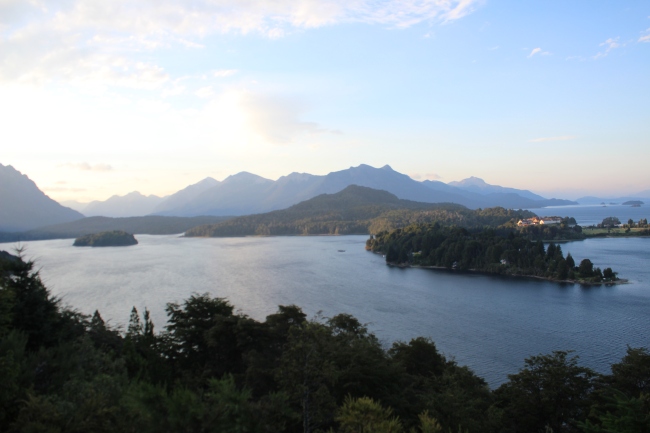 When we did leave, we made another spontaneous stop at a mirador (lookout point) because it was there and why not? This all meant that we ended up going out to dinner instead of having our asado, and we didn’t eat until midnight, but who cares. It was lovely and so effortless. We would have an asado another day. And we did. And it was wonderful.

One thought on “BariloCHE”